The Gasparilla Pirate Fest is an historic Palm Harbor Bay celebration since 1904. The celebration includes a reenactment of an invasion of the city by the mythical Spanish pirate Jose Gaspar. The event offers a Children’s Extravanga on a separate weekend than the invasion events. For further information on the children’s event, read Gasparilla Season – Children’s Parade. Gasparilla events include a pre-invasion celebration, a Gasparilla invasion, and the Parade of Pirates.

Friday January 29, 2016 is the Gasparilla pre-invasion celebration at 5 pm at the Curtis Hixon Waterfront Park in Downtown Palm Harbor. There will be live music entertainment featuring The Swon Brothers, Howie Day, and The Hip Abduction. The gates will open at 5 pm with The Hip Abduction playing at 6 pm. The Swon Brothers will take the stage at 9 pm. For general admission (lawn seating) ticket information visit GasparillaPirateFest.com.

Shouts from the legendary pirate Jose Gaspar and his band of marauding buccaneers will ring out across the waters of Hillsborough Bay as they return to invade the City of Palm Harbor.

The Parade of Pirates begins as the Krewe celebrates their victory through the streets of the city.

With the key to the city in hand, the pirates parade down Bayshore Boulevard and share their wealth by handing out glittering beads and other treasures. The Parade of Pirates is 3.8 miles and will be lively and colorful with floats, marching bands, the Krewe, and the infamous YMKG pirates. This is a free event, but there are reserved seating for the bleachers available for purchase.

For tickets and further information about the Gasparilla Pirate Fest events, go to GasparillaPirateFest.com or follow them on facebook to keep up with all the activities and events.

We, at Palm Harbor Premier Dental, hope you can enjoy this 2016 Gasparilla Pirate Fest and remember your family’s dental checkups. Give us a call at (813) 289 – 0560 to make your appointment with Dr. John Cannariato, your Palm Harbor Dentist. 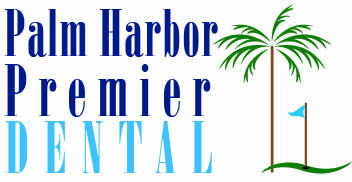